Wow, hard to believe it’s been 30 years since I last saw the city of Halifax. Some looks much the same. Other parts have lots of new construction and buildings that I couldn’t recognize at all. Was able to catch up with a Library School friend, Peter Webster, who very kindly invited all of us to his house for dinner. It was great to reminisce about others we went to school with and to hear about his world travels. Incredibly, though he couldn’t recall some of the people I could, he did remember the brand of bicycle I rode back in the day. Went for a walk around campus this morning and was surprised at how memories fool you. I could have sworn the Killam Library, where I spent two years studying was oriented in a totally different direction!! Oh well, that’s aging for you. Couldn’t find the street of colourful houses I used to ride my bike down each day either but I’m going back to look again. A crossing guard told me the area had been farmers’ fields before the houses in the area were built. “I’m not quite that old” I told her, “to remember that”!

Through the Halifax Public Garden and down the hill to explore the waterfront, we continued our adventures…..

Highlight of my day was a visit to the new Halifax Public Library. It is an absolutely stunning building with five floors of open space, lounging spaces, meeting rooms and carrels, media room, cafes, rooftop patio and of course books. The view from the top floor over the downtown and harbour is well worth the visit. A real contrast to the old building across the road. As I told the Girlz, if only I had been offered the job I once interviewed for at HPL, I could have been CEO by now and the new building would been mine! 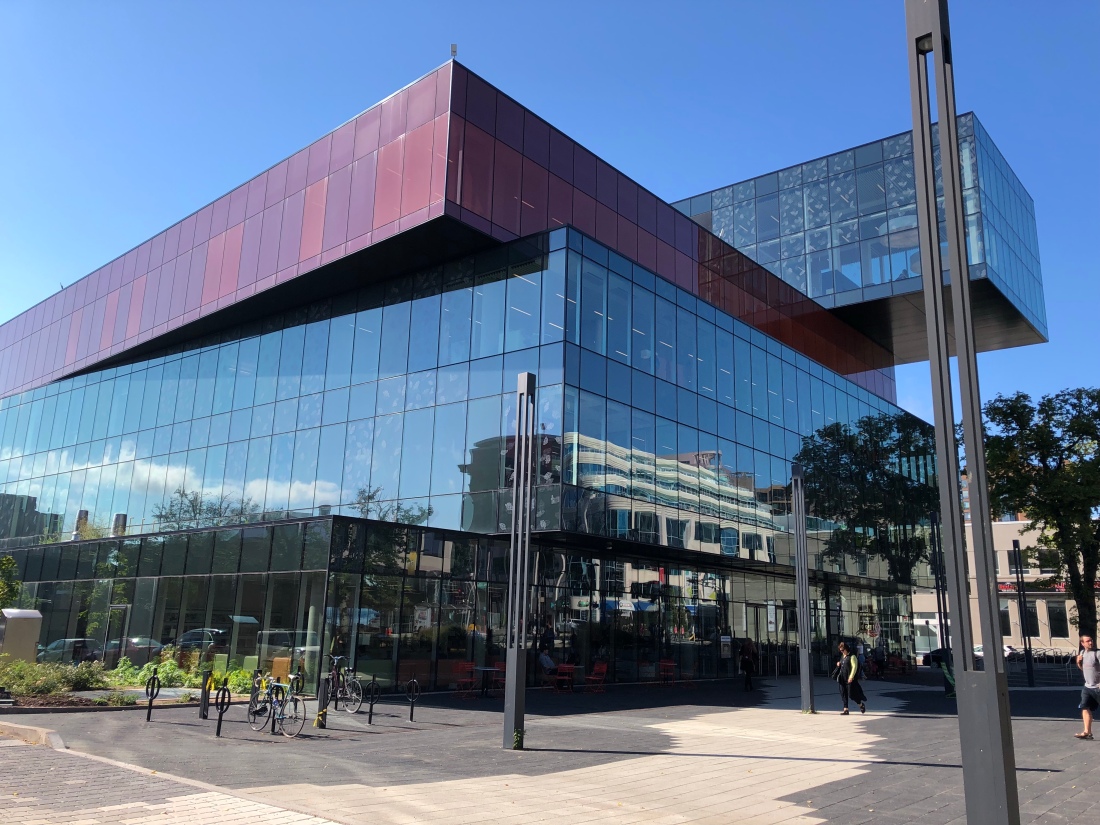 Four women from three decades who enjoy laughing, drinking, and each other’s company on the patio. View all posts by Patio Girlz

One thought on “A trip down Memory Lane.”